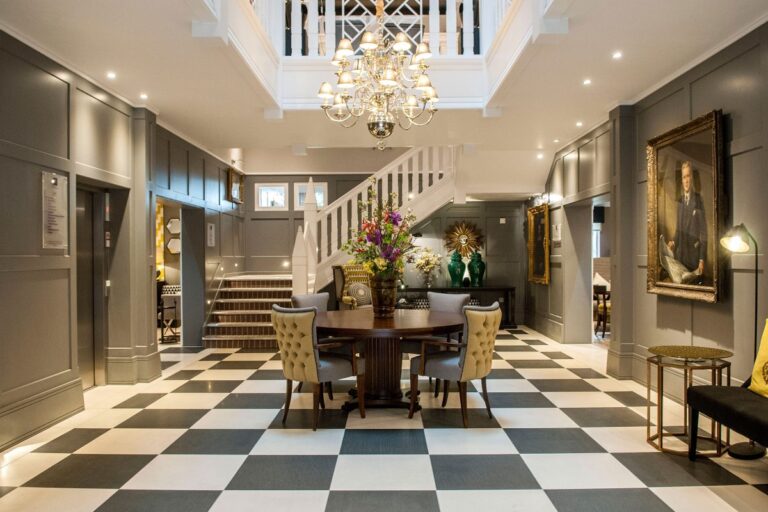 ECR has helped award-winning Audley Villages to develop an EPoS system that can meet the rapidly increasing demands of its business.

Audley Villages is a pioneer in the provision of luxury retirement living.

Currently operating 11 villages across the UK, with plans for at least a further two to be opened in 2019 alone, it’s safe to say that business is thriving.

Each property has been designed and built to give the feel of a boutique hotel, and as well as the properties, each village includes an Audley Club, with facilities including a restaurant, bar/bistro, library, a health and wellbeing centre and swimming pool.

ECR was approached by Audley’s Head of Audit, Elena Cremin, and asked to provide a central management EPoS system that would interface with their existing systems.

She held ECR in high regard after working with them in a previous role.

“We wanted a system with full search functionality, allowing a full system audit trail of all transactions including cash, stock movement and sales. We also wanted it to have the ability to show up to date exportable reporting including dashboards,” said Elena.

ECR was tasked with identifying and collating the requirements for the end-to-end system; tailoring the PoS and head office system; finalising any links to Audley, installing the Toshiba PoS tills and linking the pricing and stock system and implementing cloud-based reporting.

We spent months working tirelessly alongside Audley to deliver the vision, which resulted in the project being completed weeks ahead of schedule.

The installation was split into five stages;

Paul Di Fede, Project Manager at ECR, said: “Audley wanted a system that would ultimately provide them with transparency. Our solution recognises residency status, keeps accurate account detail, including member benefits and payments. We are delighted that Audley chose to work with us and we look forward to helping them with their future growth.”

Audley can now get in-depth visibility on all its tills and the following reports:

“Seeing the in-depth reporting has been invaluable. We can now look at the entire company for any timeframe within minutes. Something we have never had before here at Audley,” added Elena.