A point of sale (POS) system is essentially a software program that allows businesses to track the activity on cash registers, calculate when stock needs reordering, and analyse levels of inventory according to item. A POS system automatically records the details of each sale as it happens; meaning records are constantly kept up to date. 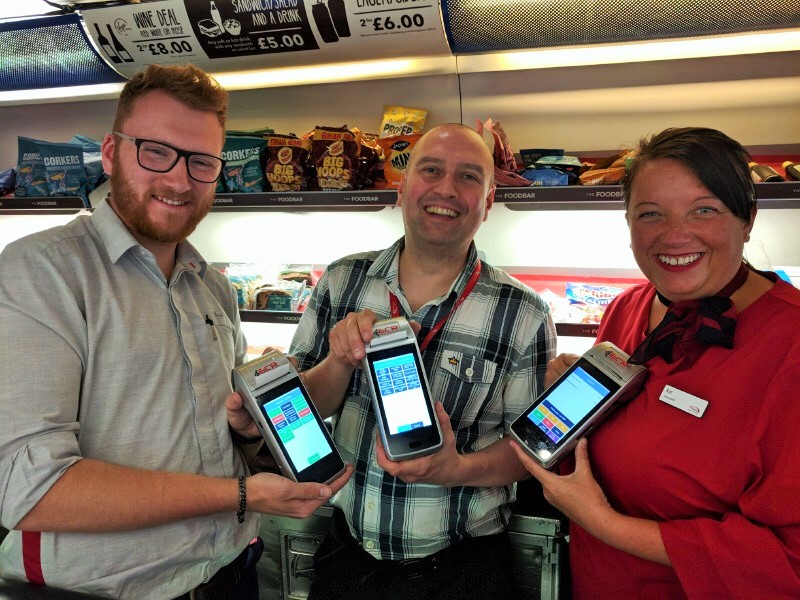 A point of sale (POS) system is essentially a software program that allows businesses to track the activity on cash registers, calculate when stock needs reordering, and analyse levels of inventory according to item. A POS system automatically records the details of each sale as it happens; meaning records are constantly kept up to date.

POS’s advantages lie in its ability to provide in-depth information about sales quickly and accurately, allowing businesses to easily identify any cash register discrepancies and make more informed decisions about stock ordering. What’s more, it can save time and a great deal of tedium compared to manual stock-taking and cash counting, which is also far more liable to human error.

Most POS systems now are mobile wallet friendly, meaning that users can pay via applications on their mobile phones quickly and easily, an essential capability for businesses who want to keep up in the digital world.

Think about what sorts of system best suit your industry

While standard POS system packages may be fit for purpose for an average small retailer, there are certain industries that have very specific needs. A vehicle repair shop, for example, will have very different needs to a restaurant or bar. In this way, if you run a business that has specialised requirements when it comes to stock taking and payments, it is worth shopping around for a POS system that meet these.

Is the POS an all-in-one?

Some POS systems consist of several elements, and require users to pair up multiple bits of hardware. For example, you may be offered a two-part system consisting of separate terminals and printers, or a three-part system consisting of terminals, printers and pin entry devices. While these two- or three-part systems may seem cheaper or more practical for some users, it can bring a host of problems compared to an all-in-one device, such as connectivity issues, charging issues, and the potential for one piece of kit to be lost or stolen.

All-in-one systems also boast a host of benefits that mean they are more practical. For example, they eliminate any issues surrounding pairing, as all of the various parts run on the same system. What’s more, users only need to think about charging one device, and the system is not vulnerable to theft in the same way as one with multiple parts.

The sales reporting capabilities of POS systems can vary dramatically, which can be an issue for businesses who want to keep close tabs on the popularity and viability of their products. Look for systems that can handle more than simply the number of sales that are being made. This could include statistics such as top selling items or the sales and inventory activity according to date, for example.

This may seem like an obvious one, but usability is integral to the smooth running of a business. Look for systems that offer an intuitive and sleek interface and a speedy setup process. Above all, think about whether employees will enjoy using it.

Does it sync between in-store and online sales?

The number of physical businesses now moving into the online realms has seen an unprecedented rise in recent years. In this way, it is vital that POS systems are able to handle both at the same time. Look for systems that are able to synchronize between physical stores and the web, and can collate reports on total sales.