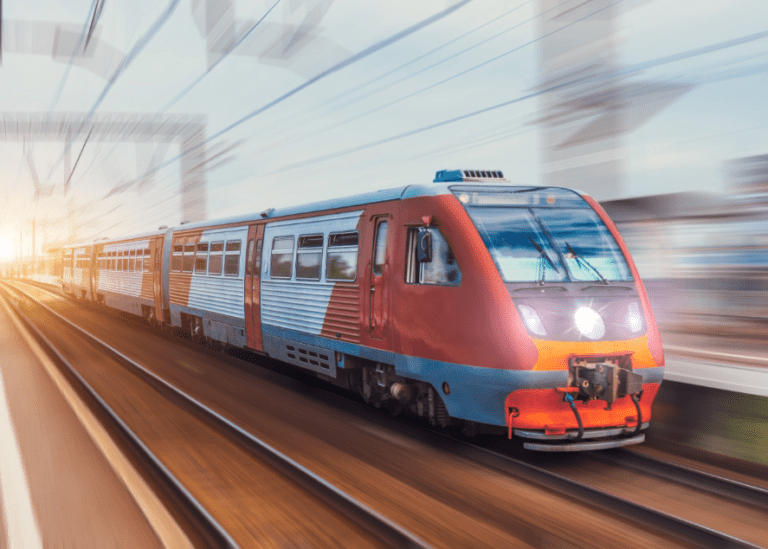 The very first of our rail-industry specific solutions, in 2005 ECR contracted for a bespoke solution on board East Midlands Trains.

Formerly Midland Mainline, they were winners of passenger operator of the year at the National Rail Awards 2006, and ran intercity train services from London to the Midlands. With a fleet of over 32 trains, their services operated from London St Pancras in the South to Sheffield, Derby, Nottingham and Leicester.

Following two previously failed EPoS ventures, in January 2005 Midland Main Line Ltd looked for an EPoS company who could supply them with a true solution for their on board catering needs. The system needed to be technologically advanced
enough to be able to handle mobile transactions as well as be a simple and supportive tool for the busy on board crews.

ECR extensively tested their system for compliance with Rail Operations Standards as well as compatibility with the existing mobile network, then being used by National Express.
Following extensive on board testing a pilot scheme went ahead in the Summer.

The trial was considered a great success by both train crew and management and there followed a three month roll out of the system on the whole of the train sets in operation. This also included linking into Derby head office with a state of the art reporting tool for data mining and sales and stock analysis.

The system used industry leading, on-board customer service solution. The small footprint units were installed in the Galleys and linked to the outside world via a specially sourced
unit that gave virtually 100% transmission rates to and from the train. ECR’s TouchSoft EPoS platform, which ran on static tills in the buffet bar, used GPRS technology to transfer information
in real time between the train and East Midlands Trains’s head office. The system installed had a fixed thermal receipt printer including credit card facilities.
Each train was stocked and its manifest loaded via the touch screen. Retail transactions logged on the system and all sales, stock, tender and operator information then sent back to East Midlands Train’s head office server. East Midlands Train’s catering analysers could then access in excess of 350 tailored reports, using the ECR reporting tool.

The benefits of the system included, Monitoring of ‘On Train’ catering performance, enabling EMT to tailor products to customers by journey and time of day. Cost reduction through management of stock flows.

‘On Board’ set up enhanced customer service and presents a professional Image. The system even allowed real time replenishment prompts – a real first for this era. This reduced the need for manual completion of paperwork, allowing the catering bars to stay open longer.

A key feature of any on board system remains to this day, its being easy to use and intuitive with screens designed by head office to reflect any menu changes.

The purchase of the EPoS solution from ECR Retail Systems was ultimately driven by a desire to gain an accurate view of sales levels and have full control over the retail financial’s. The devices offered EMT the chance to improve the integrity of stock data and therefore reduce the incidence of over or under-supplying a train with any given product line.
With complete visibility of every transaction made, EMT can profile each route and use the available business intelligence for effective route planning and sales forecasting.